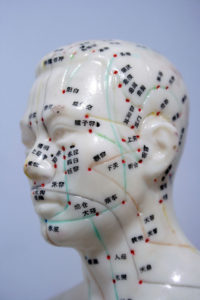 A lot of people who haven’t had acupuncture are scared about the side effects.

If that’s you, there’s no need to worry. Acupuncture side effects exist, but they are very minor. Read the list and you’ll see what I mean.

People often associate acupuncture and needles with the doctor’s hypodermic. So they think of them as being very painful. In truth, acupuncture needles are extremely fine. If they’re inserted properly, mostly they’re totally painless. Occasionally you feel something, but it’s just like a little mosquito bite at the worst.

Lots of people are scared of needles – me included! When I first studied acupuncture, my main fear was because I hated needles myself. How was I going to stick needles into other people?

I remember the very first person who actually asked me for acupuncture.

As far as I’m aware, he’d never had acupuncture anywhere else. I was still studying. I had my 2-year old son running around the place, and this man was lying on my  couch ready to go.  He was my very first acupuncture client, so I was a little bit nervous.

Then he said, ‘You’ve done practicals at college, haven’t you?‘

But he still let me treat him, which was very brave of him. And it turned out great.

I gave him four or five treatments in all. He’d been having knee problems – and he was a painter who had to be up and down ladders all the time. Sometime later he dropped in and told me that he didn’t have knee problems any more. So even for two complete newbies, it worked!

Other Feelings When the Needles Go In

When the needle goes in, usually you don’t feel it. Sometimes you might get like a little mosquito bite or a twitch. There are some other things which can happen too.

Sometimes you get a numb feeling. A heaviness, heat or cold.

That numbness and heaviness can feel like you’ve been anaesthetised. In China they actually do operations on people when they are fully  conscious. Just using acupuncture rather than an anaesthetic drug. This is particularly good for older people who would not tolerate an anaesthetic or if say the surgeon is working on the brain & needs the patient to be conscious & give them feedback. Obviously, acupuncture doesn’t have the same risks of anaesthesia. Or the after effects when an anaesthetic drug is wearing off.

Sometimes you get a feeling a bit like an electric shock.

This can happen if the energy’s blocked in a meridian and you put a needle in a specific acupuncture point that gets the energy moving again. You can get a shoot of energy in that meridian which feels like a little electric tingle.

If you do get that little shock, it usually goes away. Sometimes after a treatment, people feel those little tingles of energy. It’s because things are very different in the meridians. The energy is starting to flow again, so you might be more consciously aware of that.

But all things that you might feel, none of them are actually harmful.

***
Just by the way, all the needles I use are sterile and individually packaged. I only use each needle once. So you don’t need to worry about cross-contamination either!

Acupuncture Side Effects After Treatment

On occasion an acupuncturist can hit a vein or a blood vessel. Sometimes it bleeds. You might end up with a haematoma or a small bruise where you’ve hit a vein, but that should usually clear within a short period of time.

So just be careful if you’re having needles in the face and they might show! Or you might not be worried. On the rare occasions I’ve seen this, the mark has been tiny.

You’re more likely to get bruise marks if your acupuncture treatment includes cupping. Cups are rarely used where the marks will show. I do have cups but I very rarely use them, so there’s little risk of that in my practice. You can always discuss this with your acupuncturist.

You can end up tired as a side effect of acupuncture. Ideally it’s good if you can go home and have a bit of a rest and relax. If you can just go with the flow, it lets the energy systems readjust.

Of course, the tiredness may just be because you were tired already but you haven’t admitted it to yourself.

So many people these days are pushing themselves to do more and more and trying to keep up with more and more. The adrenals are pushed to the utmost. The energy systems are pushed to the utmost. Sometimes what they really need is just to rest and relax, but they are unable to or don’t give themselves the time to do so. If a treatment helps you allow yourself that time, it’s another good acupuncture side effect!

That’s it for acupuncture side effects. There’s nothing dangerous, there’s really very little chance of discomfort. In my experience, pretty much everyone feels wonderfully relaxed afterwards.

So my suggestion is, come along and give it a go. For first timers, just make sure you haven’t got anything too serious or demanding set up for afterwards, so you can see what it does for you.